Shouldn’t an Adult Take as Low a Dose of a Stimulant as Possible?

You are here:
ADHD in AdultsMedications & Supplements 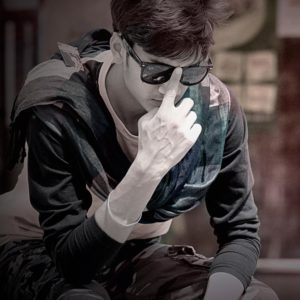 Shouldn’t an Adult Take as Low a Dose of a Stimulant as Possible?

The short answer is no and this is why.

Someone with AD/HD doesn’t make enough dopamine and what they do make their brain chews up quicker than “normal” brains.  Dopamine is a neurotransmitter and its function is to make someone interested in things.  That’s why AD/HD could also be known as interest-deficit disorder.  If someone is interested in something they can pay attention and they may have a hard time stopping what they’re doing.  A perfect example of this is video games that are actually designed to release dopamine.  But on the other side of the interest coin, if someone isn’t interested in the underwear in the floor, they’re going to walk past it a hundred times until maybe company is coming over.  Now the person is going to be embarrassed if company sees their underwear so now they’re interested and they pick up the underwear.

We treat AD/HD with stimulants because they increase dopamine in the brain.  I like to think of stimulants as dopamine replacement therapy.  The goal is to get someone’s dopamine level as normal as possible for as long as possible during the day.  It would be great if we could get that level as normal as possible all the time but we have the constraints of side effects of medication – people often have trouble sleeping if their stimulant is still working when it’s time to go to sleep.

If the person stops at that dose and says I felt something here and I want to take as low a dose of a stimulant as possible, they still have to deal with having a low dopamine level and they still have significant impairments.  What’t the point of taking a medication if all they get from it is maybe half of their brain fog cleared?  They still have brain fog and they still feel overwhelmed.

In my opinion this is why a lot of kids and adults stop taking stimulant medication for their AD/HD and then say stimulants don’t work for them.  Most of the people I see as new patients who are taking a stimulant now or have taken one in the past have been underdosed.

When someone’s stimulant dose is optimized they really shouldn’t feel like they’re taking a medicine.  They just feel like themselves, only now they are accomplishing the things they always knew they were capable of accomplishing.

ADHD and Addiction
January 22, 2020
Search the Site
Articles By Category
Go to Top